What a year! 2015 will go down in (my) history as the year dreams came true. It was a year of many first-time experiences in my writing career.

In May, my first published story, Four Brides and a Bachelor in The Most Eligible Bachelor Collection released, and I happened to be with a group of Minnesota authors on release day! It was so much fun to celebrate with Erica Vetsch, Michelle Griep, Julie Klassen, and many other lovely ladies. 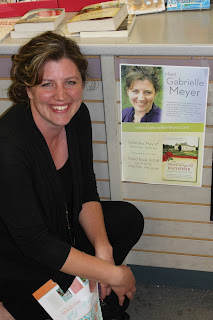 I also had my first book signing event in May! 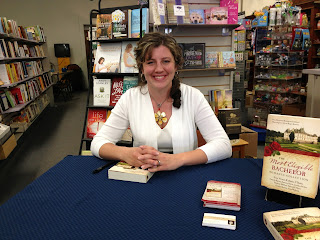 Over the summer, I wrote my first story for Love Inspired Historical (an imprint of Harlequin Books) in their Blurb2Book Contest. I was one of seven people contracted during the contest and I signed my first contract with them. My story, A Mother in the Making, releases in September 2016.

In July, I became a "multi-published" author, when my second story released with Barbour. My novella, A Groom for Josette, released in The Convenient Bride Collection.

In 2015, I wrote three complete novels. One has been contracted and the other two are sitting on editors desks under consideration. It was the first time I have written more than one novel over the course of a year.

On the home front, this was the year I took my daughters on their first airplane ride. We went to Washington, D.C. in May and saw so many wonderful things. In September, my twin boys went off to Kindergarten, and for the first time in eleven years, I didn't have preschoolers in my home. My oldest daughter had her tonsils removed and then a couple months later she got braces, my second daughter started homeschooling, and my husband took the girls on their first hunting trip.


2015 has been an exceptional year. I thank God that all of us are healthy and happy, and we've made some incredible memories. In 2016 we look forward to many more adventures to come.

Thank you so much for coming on this journey with me. In 2012, I started this blog as a way to document my journey to publication and it's been such a blessing to see my dream come true. My prayer is that my journey would encourage you to take one of your own. If God has placed a dream on your heart, go after it! You never know what blessings He has in store.

Your Turn: What are the highlights of your year? What are your hopes and dreams for 2016?
Posted by Gabrielle Meyer at 1:02 AM 4 comments: