The past three months have been very relaxing for me. Since going to the ACFW Conference in Indianapolis in September, I've become very intentional about my time. August and September were very stressful months as I prepared for (and attended) the conference--and I knew after that I had to take a breather.

My husband's job is seasonal. He owns his own landscaping company, so he's busy from May to the end of November. I try not to write in those months, because of our busy schedule, but sometimes I have to sneak in some work--which is what happened in August and September for the conference.

Not only was I busy with writing related responsibilities, but I also had family obligations that demanded extra attention. So I geared up for those months as best as I could, but I didn't realize what kind of a toll they would take on my physical health.

It became clear to me by the beginning of October that I needed a break...so that's what I've done. I met my writing deadlines and then I slowed down.

Sadly, my blog has taken a hit because of this. I've heard from many people that they miss my regular blog postings, and I apologize, but it's been for the best. I've been using these months to catch up on work at home, relax with my family, and brainstorm my next story (which I plan to start in January after the holidays). Dave just finished his work at the end of November, so he's home more and it's been a big help.

I plan to use the months of January through May as my writing months (because Dave will be home). I did this last year and it worked very well. I also plan to come back to my blog with renewed ideas and content in January. I want to make my blog a worthwhile place for my readers to stop and spend some time. It's become very important to me that I use my time, energy, and resources to the best of my ability--not only for my own sake, but also for anyone who takes the time to read my words.

So, from now until the beginning of January, I will not be posting on my blog. I will be preparing for Christmas and spending time with my family as we worship the King of Kings. 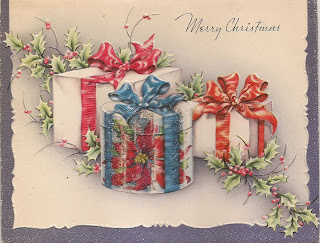 My prayer for the remainder of 2013 and into 2014 is that you and I would meet Jesus in a whole new way. As we're intentional about our time, our energy, and our resources, I pray that He can use each and every one of us to spread the life-changing news of His salvation throughout the world--which is the most magnificent gift ever given.

Merry Christmas and Happy New Year. I look forward to seeing you all back here in January!
-Gabrielle
Posted by Gabrielle Meyer at 9:24 AM 3 comments:

Email ThisBlogThis!Share to TwitterShare to FacebookShare to Pinterest
Labels: Christmas

Sisters and a 5K

Seven weeks ago my sister called and asked if I wanted to run the Turkey Trot with her on Thanksgiving morning. I had been running on and off for a couple of months, so I agreed to the 5K run. My sister lives in Aurora, Colorado and she was coming home for the holiday. What better way to spend some quality time with her?

Um, it turns out there are LOTS of better ways. :)

She has run in one other 5K race (a little over 3 miles), and she said she'd set the pace and it would be simple. We did run almost the entire 3 miles, with a short walk at the half way point.
About 400 people signed up to run the Turkey Trot. And about 360 of them (including children) finished before my sister and I! My brother-in-law, Justin, came in third overall--he's currently in training for an Iron Man Competition in August 2014, so a three mile run is just a warm up!

After Justin finished, he caught up with Andrea and me back at the two mile mark. He ran the last mile with us and kept us laughing the whole way.

Right before the race, Andrea and Justin shared with me their exciting news! I'm going to be an auntie again in June. Andrea is about 10 weeks along, so she assured me we would be taking the race slow. It was a fun opportunity to visit with her. We had little energy to laugh--but we did anyway. A lot.

There's nothing like a sister's friendship. Though years and miles have separated us from our childhood together, I don't believe there will be another person on this planet who gets me so completely. Andrea and I can laugh at ourselves, or laugh at each other, without hesitation. We can recall memories that no one else can recall. We can share our dreams, our disappointments, and our frustrations with a few words--or we can go on and on for as long as we need to. I'm so very thankful for my sister.

Your Turn: Do you have a sister? What do you enjoy doing together? If you don't have a sister, who is one person you'd love to have as a sister?

~ ~ ~ ~
I have a winner from last week's blog post with Author Amy Matayo! The winner of a copy of The Wedding Game is: Gwendolyn Gage!! Gwen, I'll be contacting you to get information for Amy to send you a copy. Congrats!
Posted by Gabrielle Meyer at 12:23 AM 4 comments: