Today I welcome a special guest. Jennette Mbewe and I met years and years ago in our hometown at a homeschool function. We became good friends and both shared our love of writing. A few years ago, we reconnected on Facebook and Jennette offered me my very first critique. Since then, I've watched her writing career grow and celebrated with her as she released Secrets Kept, which she'll share more about below. Thank you for stopping by, Jennette!

~ ~ ~ ~
When Gabe asked me if I would stop by her blog and share a bit about my writing, I was honored and a little nervous. As you all know, she writes inspirational historical romance, and she is amazing! I, on the other hand, write fantasy.

Yeah, that’s what I said.

But a good adventure with just the right amount of romance makes for a great read, regardless if the characters are elves and dwarves or cowboys and lumberjacks. Right?

I discovered my love for writing and reading like many other authors, when I was young, but never pursued it seriously until God spoke to me as an adult. I had been reading through the parable of the talents, and I felt God asking me, “What are you doing with what I gave you?”

“Um, what did you give me?” I had been so busy looking at everyone else and their talents that I had overlooked what God had given me. Writing.

I had no clue where to start, but I knew I wanted to create a story like Pilgrim’s Progress meets Lord of the Rings, but instead of coming to know Christ like Christian did in Bunyan's story, the characters would be walking out their faith. That the world would see a reflection of God, His principles working out in the lives of the characters throughout the story. But I didn’t want it to be obvious. Thus the story that would one day become Secrets Kept was born.

And then for the next ten years I learned about plots and characters arcs, head-hopping, and the industry. The hard way. And I'm still learning!

As a child I read almost anything I could get my hands on, but there was something about fantasy that drew me in. Chronicles of Narnia anyone? When I read fantasy, I am reminded of the awe inspiring God we serve. A God who created the world, named the stars, parted the Red Sea, healed the sick, gave sight to the blind, and raised people from the dead. The God who set aside His glorious immortality and took on mortal flesh to live among us and redeem us. How crazy amazing is that?

When it came to writing, I knew exactly what genre I would write. Fantasy. The ability to create worlds, creatures, and wonders that reflected our world in some ways yet transported us to a place where the abstract became more tangible, the invisible more visible. To write stories where characters embark on epic adventures, discovering who they are and their true love amid great peril and fantastic landscapes, and where we can find echoes of truth, hope, and encouragement to live life to the fullest. What better way to portray the battle of good and evil?

And that is what I hope to accomplish through my writing. To create an adventure that burns on in your heart. If you'd like to learn more about Secrets Kept and the world of Nälu, just stop by my blog!

Thank you so much, Gabe, for having me!

Jennette has agreed to give away a copy of Secrets Kept to one lucky winner! Please enter the Rafflecopter below to be eligible to win. 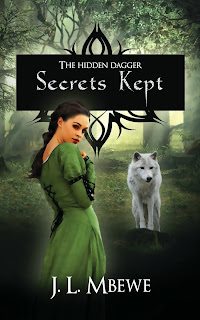 With a curse, she will build an army. With the dagger, she will undo the last sacrifice. But first the sorceress must find the secret keeper.

Torn from her homeland and thrust into a betrothal against her wishes, Ayianna learns her family has a deadly secret that now has her on the run. She joins forces with Kael, an embittered half-elf, and Saeed, an elderly High Guardian, to seek answers to her father’s death, the destruction of Dagmar, and the plains people’s bizarre behavior.

Ayianna discovers there is more at stake here than just her mother’s disappearance and her familial duty to her betrothed. The sorceress has cursed the plains people, and it is a race against time to release them before the sorceress resurrects an ancient evil. 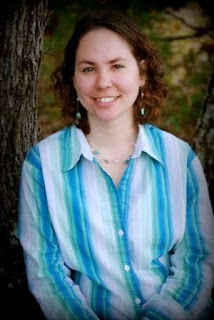 Writing as J. L. Mbewe, Jennette is an author, artist, mother, wife, but not always in that order. Born and raised in Minnesota, she now braves the heat of Texas, but pines for the Northern Lights and the lakes of home every autumn. She loves trying to capture the abstract and make it concrete. She is currently living her second childhood with her wonderful husband and two precious children who don’t seem to mind her eclectic collections of rocks, shells, and swords, among other things. Here, between reality and dreams, you will find her busily creating worlds inhabited by all sorts of fantasy creatures and characters, all questing about and discovering true love amid lots of peril.
Her debut novel, Secrets Kept, was nominated for the 2014 Clive Staples Award.
Connect:
Website
World of Nälu
Goodreads
Facebook
Twitter
Instagram

a Rafflecopter giveaway
Posted by Gabrielle Meyer at 12:00 AM