Today I'm welcoming author Norma Horton to my blog. Norma and I are agent-mates with Books & Such Literary Management. It's my pleasure to have her here today! Please sit back and enjoy this fun interview.

~ ~ ~ ~
Welcome to my blog, Norma. Thank you for stopping by to visit and to talk about your newest release, The Brothers’ Keepers.


Gabrielle, it’s so kind of you to invite me! It’s always a joy to share my work with readers, especially when they follow an author represented by my literary agent. We’re a sisterhood!


For readers meeting you here for the first time, can you tell us a little about yourself and your publication story?


Somehow, much to my surprise, I have lived a pretty adventurous life.


I married late, then homeschooled when necessary. (They survived my teaching to become an attorney and engineer.) I retired from twenty-five years of owning a marketing and advertising agency, pursuing a later-in-life master’s degree from Dallas Theological Seminary.


As part of my study, I embarked on archaeological surveys of the Holy Land. These laid the groundwork for the adventures of my protagonist, archaeologist Grace Madison. I also traveled along the journeys of Paul through Greece and Turkey; returned to the Holy Land a year ago; and just returned from the Mediterranean. I write about what I know and places I know well.


I can pinpoint the date of Grace’s birth because I stood on the top of tel Dan in far northern Israel, under artillery fire from Syria and machine gun fire from Lebanon. My then-teenage kids were with me as a camo-painted bomber with an IDF (Israeli Defense Force) tail number dropped through the clouds. Happy birthday, Grace!


She continues her adventures, via my imagination, across the Middle East (When Camels Fly), through Western Europe (The Brothers’ Keepers), and the Near East (book 3, which I’m drafting).


Along the way, I floated the Amazon River with a Robinson’s tarantula on the prow of the skiff. Studied with an Incan shaman. And was nominated to membership in the Explorers Club, whose members have included Teddy Roosevelt and Sir Winston Churchill.


The Brothers’ Keepers is the second book in the Parched series. Can you tell us a little about the series?


Humanity’s role at creation was that of co-stewards of the garden; I am committed to environmental stewardship. Living in the west, I am familiar with drought. My protagonist’s daughter is an international hydrologist, and the importance of water is an undercurrent in the Parched series.


According to Christy Award winner DiAnn Mills, the series is “masterful international suspense driven by contemporary dynamics.” Aside from kidnappings and disappearances, running for their lives and loving each other, Parched touches on the importance of careful and fair management of the most precious natural resource on earth: water.


And as an aside, The Brothers’ Keepers will be featured on BookBub on April 10, kicking off a ten-day, 99-cent sale of the e-book. Although readers prefer to start with book 1, When Camels Fly, everyone likes to save their pennies, right?


I hope everyone will take advantage of the sale--as well as buy the first book!
What meaning does the series name hold for you?


I rode out the Hayman Fire summer at our ranch, watching a huge hunk of Colorado burn. We were at the end of a seven-year drought. Although our water table was steady at ten-thousand-plus feet, where the ranch house perched, many down-valley families received air and dust when they turned on their spigots.


As Americans, we think that drought is a problem for Africa or the Middle East. Drought is our problem, and it’s here to stay.


What plans do you have next for your Parched series?


Ah, Grace. She just keeps getting into trouble. And when she’s behaving, her family finds ways to draw her into their misadventures.


Right now, she’s in a war zone. Not willingly, of course. She’s too smart and careful for that. But nonetheless, someone has just been shot (by her) in self-defense. Her family is trying to figure out how to rescue her. Her daughter, Maggie, a hydrologist, is about to have a very personal encounter with the young man she doesn’t know she loves.


Seriously, book 3 should go to the editor next month, with a planned release of January 2016. Two or three are fighting for dominance in my frontal lobes, and I’m trying to keep that rowdy crowd under control.


What do you hope readers walk away with after they’ve finished reading The Brothers’ Keepers?


I hope they’re empowered to find the joy with which Grace lives. I hope that they admire the way she and her family stretch to use their God-given gifts to the utmost to glorify God and share the love of Christ.


We are all created so uniquely. Not everyone wants to ride a camel across the Negev, but there’s a place at God’s table for so many gifts. I hope readers dig deeply into themselves, searching for what makes them special. Then have the courage to share their discoveries with the people in their lives.


Thanks again for having me here, Gabrielle.

Thank you for being my guest, Norma. Your series, and life experiences, sound so fascinating.

YOUR TURN READERS: Do you live in a part of the US under drought conditions? If so, please share your experience. What do you think environmental stewardship means? 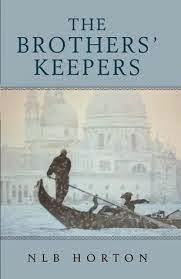 When a dear friend disappears without warning, archaeologist Grace Madison exposes his deadly deception--only to realize that it endangers everything she cherishes.
While cataloging looted antiquities in Brussels, Grace learns that her son's bride has been attacked in Switzerland. Her day careens from bad to catastrophic when daughter Maggie, a hydrologist, disappears in France.

Coincidence is a luxury that Grace cannot afford. Particularly when near-fatal history--saturated in espionage--is repeating itself.

Family members convene in Paris, where they discover the key to the danger consuming them. Embedded like a taproot in the Ancient Near East, the cuneiform clay tablet is their only lifeline. But before they can save themselves, they must first find and rescue their elderly friend--if he'll let them.

On an epic journey following two brothers, crossing three continents, and spanning four thousand years, the Madison family risks it all to save it all. They rediscover and reinvest in love. Offer and receive redemption. And summon the courage to face truth: about themselves, each other, and the difference in right and wrong.


Because sometimes, doing what's right is all that's left.

(The Brothers' Keepers is book 2 in the Parched series, continuing the misadventures and exploits in When Camels Fly.) 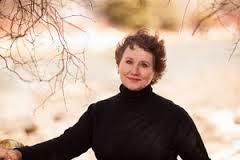 After an award-winning detour through journalism and marketing, then a graduate degree from Dallas Theological Seminary, NLBHorton returned to writing fiction. She has surveyed Israeli archaeological digs accompanied by heavy artillery rounds from Syria and machine gun fire from Lebanon (twice!). Explored Machu Picchu after training with an Incan shaman. Cruised the Amazon and its tributaries after tossing a tarantula from her skiff. And consumed afternoon tea across five continents and the North Atlantic.

NLB is a member of the venerable Explorers Club, an international, multidisciplinary society dedicated to the advancement of field research and the ideal that it is vital to preserve the instinct to explore.

A mother of two adult children, she lives atop a Rocky Mountain with her husband of almost thirty years, an ancient tabby cat, and whatever predator wanders through the back meadow. She’s passionate about her faith, archaeology, women’s issues, and the environment. She’s also a world-class angler, a competent wing-shooter, and a dirt-encrusted gardener once the snow melts.

Her first and second novels, When Camels Fly (May 2014) and The Brothers’ Keepers (November 2014), are available on Amazon. She is writing the third now and plans to release it in January 2016.

~ ~ ~ ~
We have a winner from last week's drawing for Jill Kemerer's debut story! The winner is: Shelli Littleton!!! Shelli, I'll email you right away!
﻿
Posted by Gabrielle Meyer at 11:30 PM