Guest Post by Courtney Phillips and a Book Giveaway!

Today I'm welcoming a guest writer to my blog. Courtney signed with Books & Such Literary Management last year, and I was immediately struck by her authenticity and her faith. I'm excited to have her here today. She's talking about something I think we can all relate to in one way or another. She's also giving away a book!! (By the way, let's congratulate Courtney on her wedding!!)
Where You Ought to be in the Writing World
By Courtney Phillips


This year, young as it is, has ransacked my former plans.
If you would’ve told me six months ago that I would be getting married on April 18, 2015, I would’ve tsked (you know, that sound that tends to come off more rude than we intend).
Last winter I had extreme writing goals. My first novel was being shopped around to publishers, and I was neck deep in my second novel. 2015 meant finishing the edits for my second novel and—Lord willing—earning a publishing contract. I was doing everything I could to make this whole writing thing into a concrete deal.
Then, suddenly, I fizzled.
Book one, though praised, didn’t get contracted. My sweet agent spooned on encouragement, ensuring me this was the norm—authors’ first books were rejected all the time. Disappointment pinched, but common sense reminded me I’d heard about hundreds of other writers’ dealing with the same issue. I had to keep going. Keep writing. Keep improving. The Lord had me writing for a reason or else He would’ve stopped me long ago. I had to keep working.
And I did, until another dream appeared on the ring finger of my left hand. Suddenly, instead of plots and characters, I had a wedding to tend to. 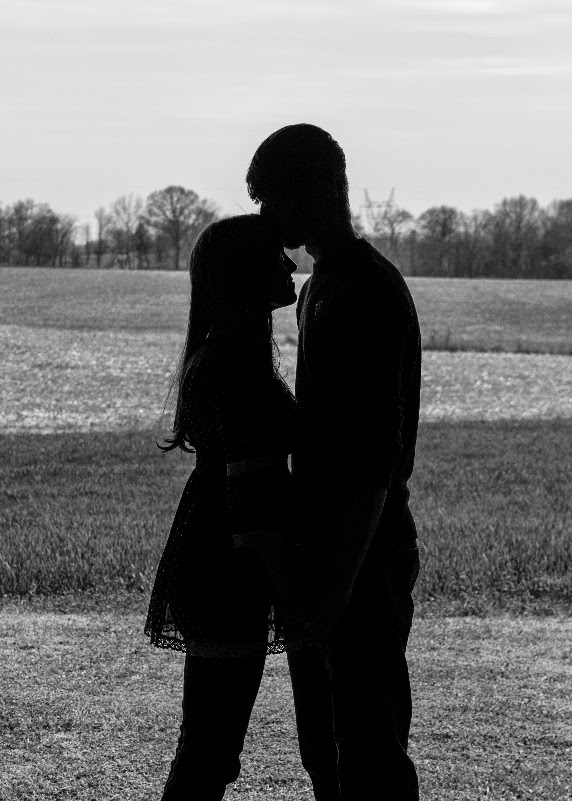 So the writing stopped.
Sure, I poked around on my laptop, typed a little here and there, but my momentum slipped into a coma. Doubt needled and nudged until I wondered if I’d misread God’s intentions. Maybe He didn’t want me to write if I could be distracted so easily. Maybe the rejections were meant to show me I wasn’t going to be a published author. Maybe I’d jumped the gun when I announced my writerly ambitions…
Maybe I wasn’t where I was supposed to be. (A paralyzing fear if I’ve ever had one.)
This is the point where you expect the happy ending, right? You think next I’m going to say I got an email about my first book being offered a contract or winning a contest.
Nope. Nothing like that happened. My writing life is still in a bit of a stumped state.
And that’s okay because this is where I’m supposed to be. Right now, as I tap out this post, my heart is jittery. My mind is full of wedding details, and I cannot imagine how I would handle everything if I were also responsible for editing a contracted book.
This season I’m in, this pause I’m experiencing, is God-planned. He controls the tiniest detail, and He knows exactly what you and I can handle. He understands how fiercely we desire success—that one email from our agent or an editor, that one call that will mean we’re finally legitimate. But He also knows how much we can handle. His watch is a great deal larger than ours. He sees more than seconds, hours, and minutes. He sees futures we can’t imagine, blessings we’ll obtain if we’ll only slip our hands into His and let Him lead.
He knows where we are and where we’re supposed to be and how to get us there.
You want the good news now, don’t you? You want to click on your inbox and find your diligence has resulted in a contract. You want to feel like a real writer. You want to pretty up your website and see your stories on the shelves at Walmart.
Yet, we’re not there yet. But if we’re seeking the Lord, if we’re structuring our lives to please Him, if we’re satisfied with His Word, then we are where we ought to be.
Don’t give into the pressure. Don’t allow yourself to deflate. Enjoy where you are right this second. Enjoy your family and your hobbies and this precious life you’re living now. The time will come for you to move forward with your writing dreams.
Hold on. Appreciate this moment.
Our earthly plans can never compare to His heavenly ones anyway.
*Y’all, I’m giving away a copy of After A Fashion by Jen Turano to one commenter!!! You want to win this book, folks. Trust me. All you have to do is share what’s going on in your writing life (or non-writing life) and what God’s teaching you through it. :) 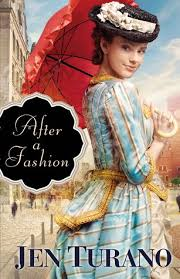 Courtney Phillips discovered her love of writing as a teenager. After tasting her first sip of heartbreak, she decided to write her own happily-ever-after and never quit.


She finaled in the 2013 ACFW First Impressions contest and the 2014 RWA Great Beginnings contest and also received an Honorable Mention from the Seekerville Perfect Pitch Contest. In July of 2014, she learned she was the overall winner in the RWA Touched By Love Award contest. Months later, she tied for second place in the RWA Lone Star Contest. (She’s kind of contest-obsessed.)


Courtney writes contemporary romance novels for the ones aching to find the right path. The ones who long for heart-stabling contentment. Combining God's Truth and a pinch of wit, she’s sharing the stories of imperfect characters in need of heavenly intervention.  You can read more about her or visit her blog at www.courtneyphillipsauthor.com.

**The winner of The Wood's Edge, by Lori Benton from last week's guest interview is Sylvia Miller!**

a Rafflecopter giveaway
Posted by Gabrielle Meyer at 12:00 AM